Goodness this Wichita Mountain engagement shoot captured by Caroline Elizabeth Photography is giving us all the warm and fuzzies! Amy and Alex look as if they’re meant to be surrounded by the warm hills and grassland with their stylish ensembles and heartfelt smiles. You can truly see their giddiness and love in every photo. We love that this sweet couple chose to include their family in a few photos too! Keep reading to hear their family’s darling story below.

Amy and Alex met at Chesapeake Energy in 2012. After layoffs put them both out of work, the two kept in touch while sharing job postings that fit their skill sets with their colleagues and each other. It wasn’t until Alex heard that Amy was part of another layoff at Devon Energy about two years later that he reached out again about a job at the place where he worked. Amy ended up getting the job, and within a month of working there she knew there was something special about Alex. He was a surprise to her as he was divorced with three kids, but anyone who has spent five minutes with Alex’s kids knew how special they were. After spending a few hours teaching his kids how to rock climb at the company picnic, they had Amy wrapped around their fingers, and any fears she had of dating him had vanished. On Amy’s birthday, Alex left her a beautiful handmade watercolor panda birthday card with the sweetest note on her desk to find that morning. After reading what he had written she knew they shared the same feelings. After work, a group from the office went bowling, and at the end of the night Amy and Alex shared their first kiss. From then on the two were inseparable!

Alex’s proposal was nothing short of romantic. The week before Christmas 2016, Amy and Alex went to stay at a cabin in Beavers Bend – what had become an annual tradition after their first visit in 2015. Day two at the cabin, they spent the day relaxing in the hot tub and watching movies. The fire was going and Amy was working on a cross stitch project when Alex asked if she needed anything from the kitchen or if there was anything he could do for her. She said “No, I have everything I need right here. This is just perfect,” then asked if there was anything that she could do for him. He said, “Yes, there is.” He pulled out the ring and said, “You can be my wife.” It was the perfect moment.

Amy and Alex will be married this June, and are celebrating with an “urban rustic boho chic” wedding planned by The Wild Mother filled with eucalyptus foliage and greenery, wooden farm tables, Edison bulb string lights, gold mercury glass accents, draping fabrics and maybe even a few Turkish rugs! We can’t wait to see! 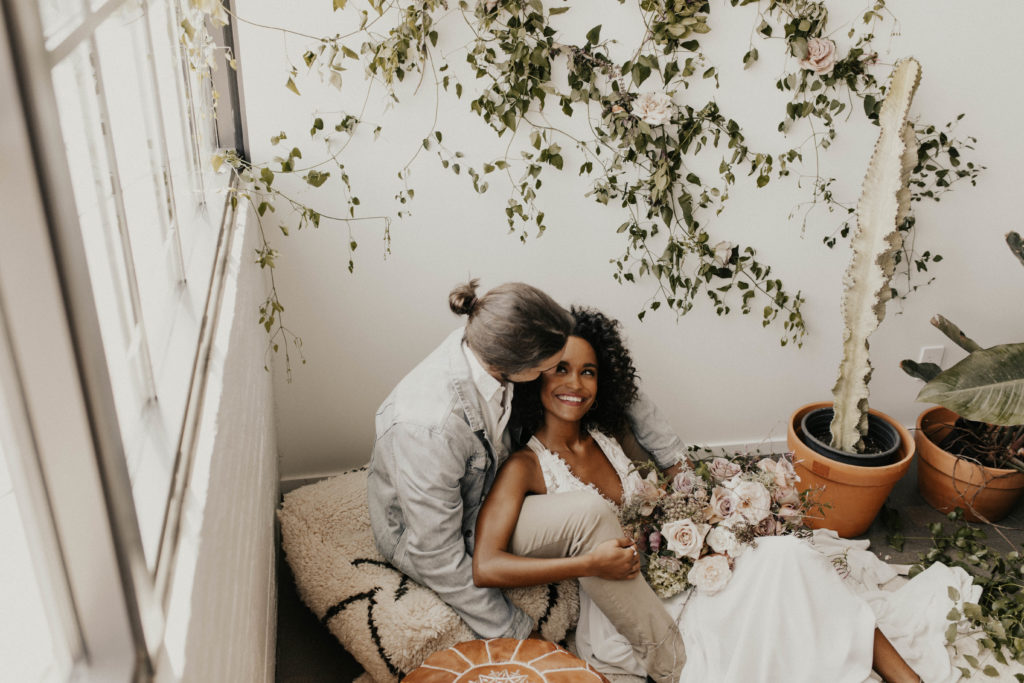