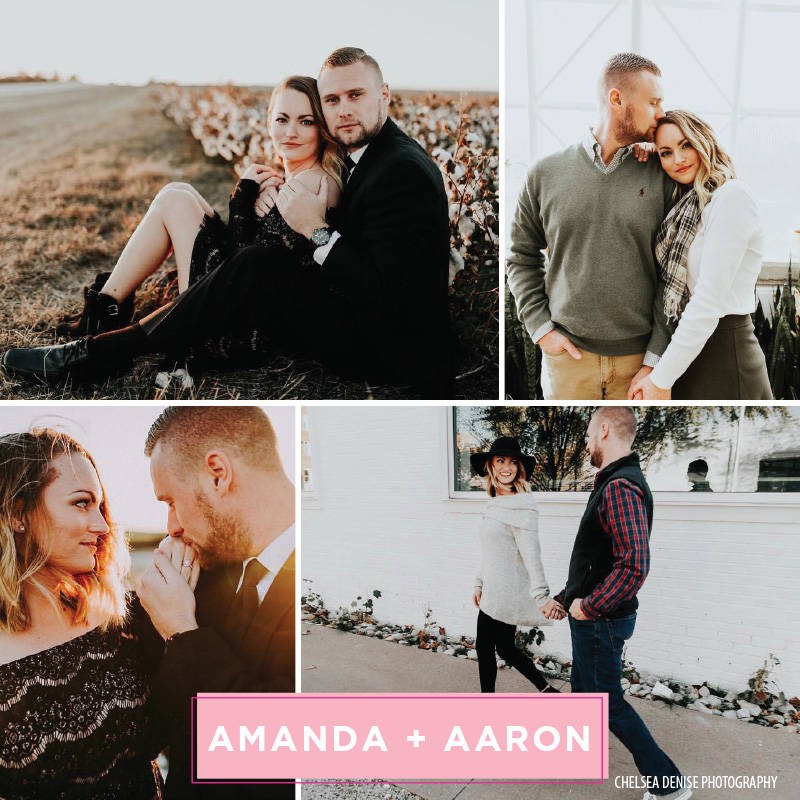 Aaron’s proposal was oh so sweet! Not only was he able to completely surprise Amanda, but he also included both of their families. Amanda and her dad have both wanted to go skydiving for a while, and so Aaron got both of them skydiving passes for their August birthdays. What she didn’t know was that everyone was in on it (even the skydiving place—shout out to Oklahoma Skydiving Center!) This was really just a cover for his proposal! After the jump, as Amanda was floating back down to Earth, she noticed a large group of people waiting in the field. As she got closer, she realized that it was her and Aaron’s families! Even then, she didn’t have a clue what was about to happen. When she landed, Aaron walked over to her and asked,”Is that the most exciting thing you’ve ever done??” As he got down on one knee, he told her that this was the most exciting thing he had ever done, and asked Amanda to marry him! For the second time that day, she felt like she was floating in the clouds!