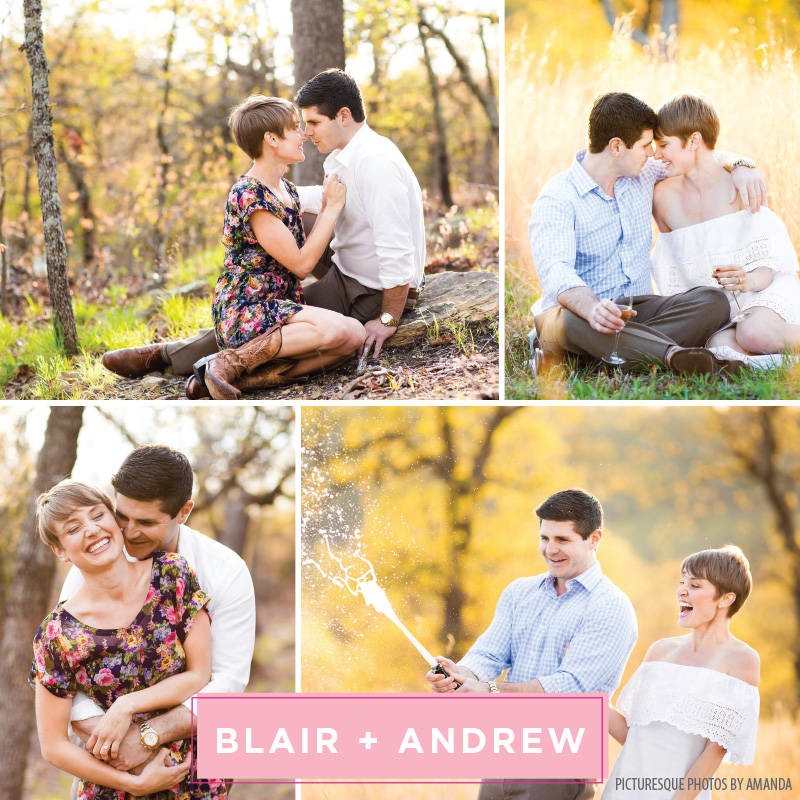 Without Blair’s knowledge, Andrew had planned out a proposal for March 4th at a space that was special to them in Tulsa. He even had an after party planned with their close friends! Unfortunately, she called him two days before to let him know that she was babysitting that Friday night so he should make plans of his own. Cue Andrew’s freak out. With the help of his brother, Blair’s brother, and a few close friends, he came up with a new plan- he’d surprise her on their way to her half marathon in Little Rock. In hindsight, Blair realizes she should have been a bit suspicious. He was adamant about stopping for breakfast in Fayetteville, even though it was quite out of the way, and was asking if she thought it’d be fun to do something in the area since “we were stopping anyways.”

They ended up at a winery where a proposal had happened about 20 minutes earlier. As they were listening to the family, Blair made a comment to Andrew about how he should take pointers. Luckily, Andrew avoided her jabs, and suggested they walked round their property. Blair took that as an invitation to explore and began to get really annoyed with Andrew continually saying that they had to go see the outdoor Chapel. In fact, she specifically recall snapping that,”We have all day!” As she kept wandering around, Andrew’s phone was blowing up and he was constantly texting. Blair got upset, telling him, ”I thought we were supposed to be spending time together making memories.” Little did she know that he was texting his brother who was hiding to take pictures of them.

Once they arrived at the outdoor chapel, she began twirling around, as she often does, only to find Andrew on one knee. He swears he asked her to marry him and that she supposedly said, “yes,” but all she remembers saying is, “Is this a joke? This better not be a joke. This would be the meanest joke ever.”