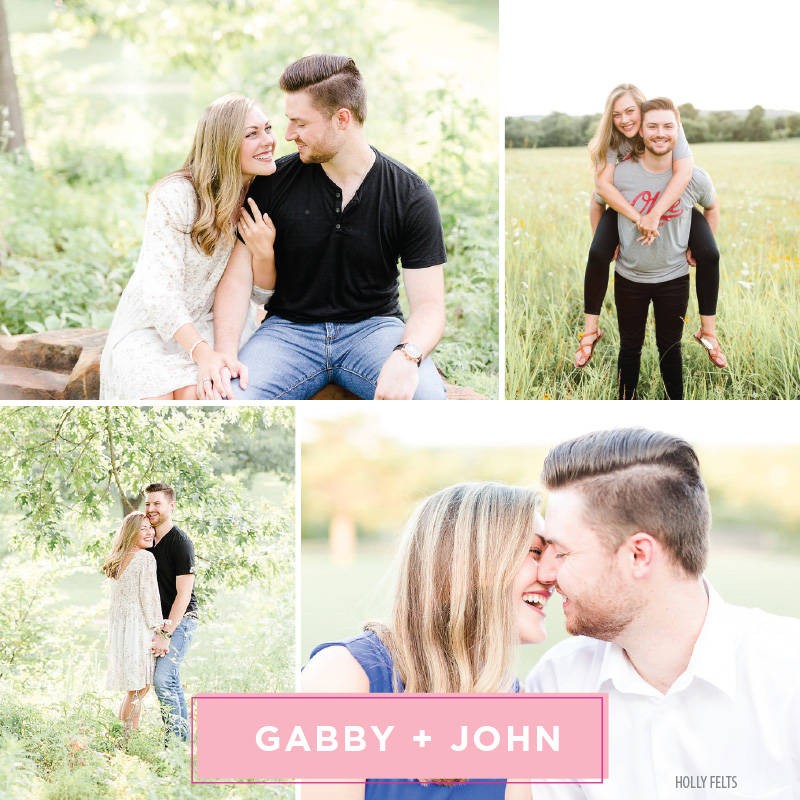 Gabby and John were seniors in college and about to graduate. She was convinced that it was not going to happen before graduation. John asked to take some senior pictures together so they could always remember their senior year. They picked out their outfits and had a talented friend take some shots. They went out to a bench by a lake that meant a lot to them, and he got down on one knee while they were “posing” for a further away shot. John couldn’t even get through everything he planned to say because he was tearing up. Saying yes to something had never been so easy for Gabby, with the exception that she could hardly breathe! After they were in the car about to head back to her house (where their families and friends were waiting to celebrate), he pulled out letters that their parents had written for them to read after he proposed. It was the most thought out, love-filled day of their entire lives.