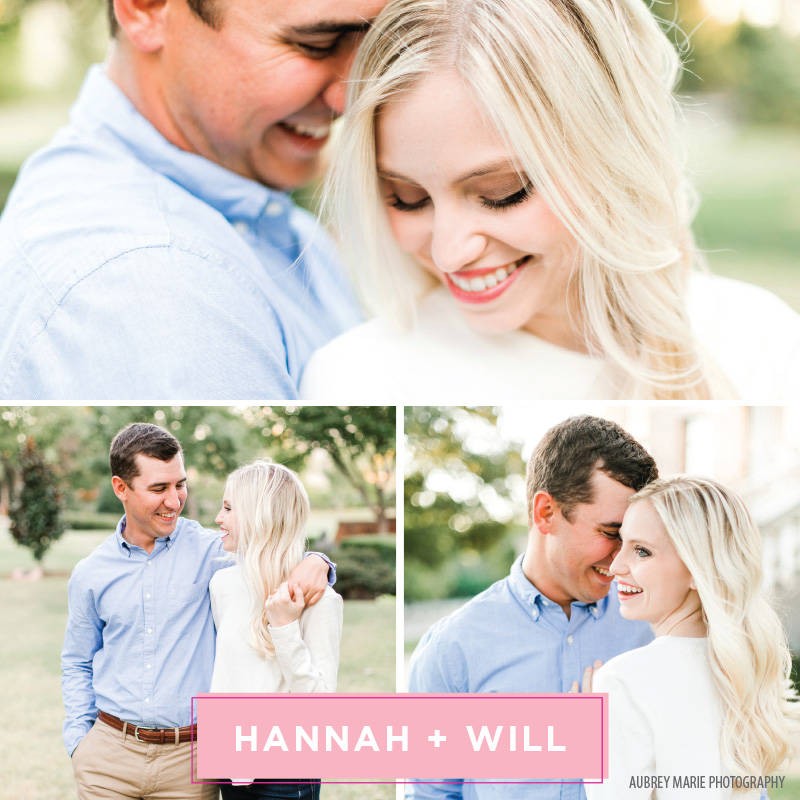 Hannah and Will met in high school, and started dating her junior year. After eight years of dating, Will knew it was going to be hard to make his proposal a surprise. In June, Hannah’s best friend Megan asked if she wanted to go to OKC for her birthday. As the days got closer to her birthday, one of her friend’s from college, Kirby, asked to visit Hannah in Norman the same weekend. So she invited her along to the birthday dinner. Will had been working in Woodward all week, and said he wanted to join the dinner in OKC. The day of the birthday dinner, Hannah tried to make plans with both Megan and Kirby, but both said they would have to meet her there. So she made plans with Will to meet in Norman and drive up to OKC instead. Right as they were pulling into OKC, Kirby told them to meet everyone for drinks downtown before dinner. Will parked the car and off they went through the Myriad Gardens. As they walked toward the middle of the gardens, she realized what was about to happen. They walked into a beautiful area where pictures were hanging between two trees. A picture for each year they had been dating. Will proposed and and she said, “Yes!” After the proposal, Hannah’s sister and her friend popped out from behind the trees where they had hidden to take pictures. They then went to celebrate at Packard’s, where all of their family and friends were waiting for them! The entire balcony was decorated with pictures of the couple. It was such a wonderful day, and they are so excited to be getting married this July in Oklahoma City.