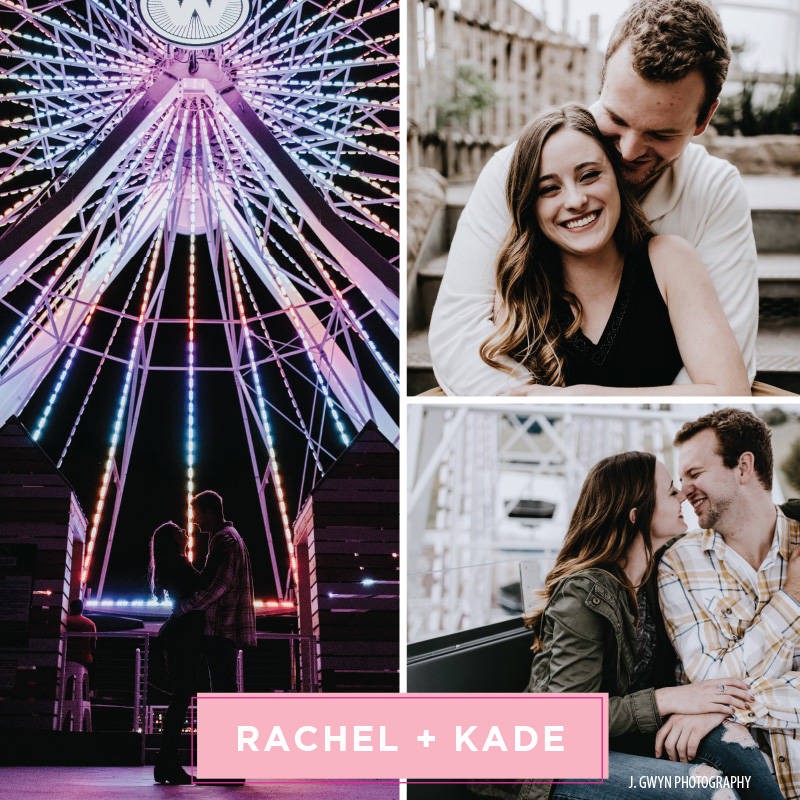 Rachel’s roommate Ashton suggested taking a camping trip to New Mexico with their significant others. The night before they were supposed to leave, Kade received news that his father had been in a car accident. They rushed to the hospital and stayed with him all night. The next day, the doctors announced he would have surgery in a few days. To her surprise, Kade insisted we still go on our trip. I fought this at first, but after his dad demanded we go (he knew Kade’s plan), she gave in. On the ride there, they “discovered” there was a hot air balloon festival that weekend, so we decided to go. They woke up early for the 7 a.m. hot air balloon ascension. It was cold and raining so they snuggled up in their blankets and waited for the balloons. Meanwhile, Kade snuck away to set up the proposal. Due to the weather, the hot air balloon ascension was delayed. In the mean time, they walked around the festival. The whole time, Rachel was wondering where Kade went. Then, after an hour, Kade calls and tells her to meet him. As they hung up, they announce the balloons are starting to going up. When she got to Kade, he was wearing a suit jacket and his charming smile with scattered rose petals on the ground. He took her hand and started his speech, meanwhile she was so excited she could barely concentrate. A photographer took their picture in the moment and of course, she said,“Yes!” Then, they hung out in New Mexico for the rest of the day. His dad is now recovering well.