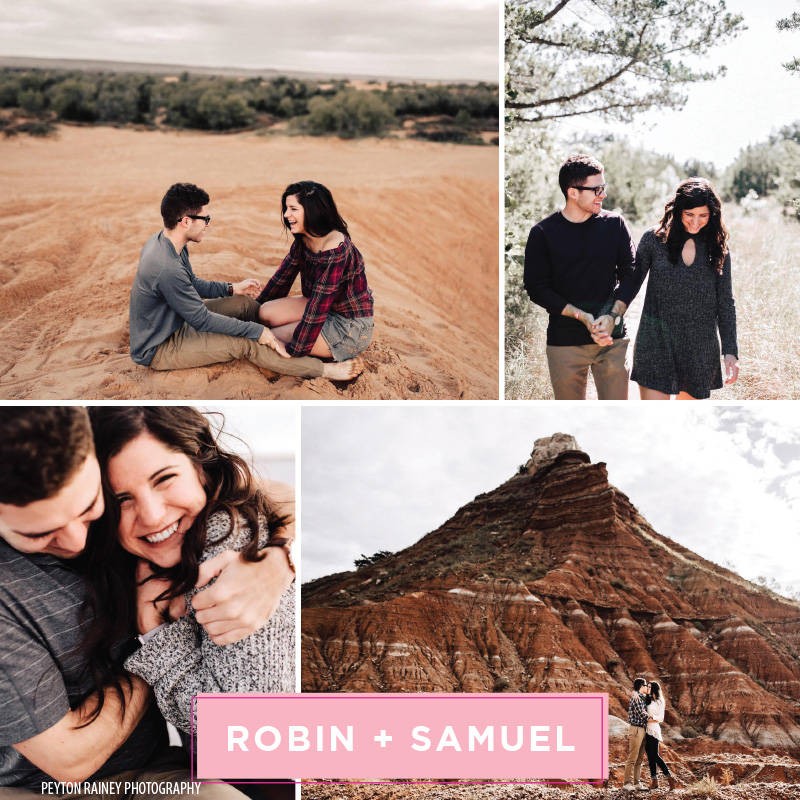 Samuel associates June 28th, 2013 as the day that he really met Robin Rainey. It took a 10-minute conversation about her traveling in Europe for him to realize this was a woman who had a heart for the Lord and that he wanted to get to know her better. Eventually, he worked up the nerve and took the plunge on August 13th and asked her to go grab ice cream with him with flowers and a card. Little did he know, ice cream was the way to her heart and after a three-hour ice cream date, kayaking, a picnic, and countless Chai Tea Latte’s brought to Theta – he finally got up the nerve to ask her to be my girlfriend. Over the course of the next three years, they went through an unbelievable amount of ups and downs together – from skydiving, to traveling all around the US together, to both of them graduating and starting work. They’ve learned what it means to choose to love each other and most importantly what it means to make Christ the center of their relationship. The thing Samuel has been more thankful than anything for is that he has found a woman who pushes him to love the Lord first and in turn love her through that, not the other way around. He says it’s pretty freaking awesome. Then this past summer, he finally got to do the thing he’d been wanting to since October of 2013; he asked Robin to marry him while they were in Michigan. Now, here they
are preparing for marriage and looking forward to celebrating with the people that mean the most to them.