Whitney Dane Nall and Walter Ralph Floyd met in October 2011 at Cocktails on the Skyline at the Oklahoma City Museum of Art. They knew right away they had something special. In June 2013, facing a long-distance relationship due to Whitney’s impending residency in St. Louis, Walter decided it was time to act and proposed on the same rooftop where they met.

The couple was married October 1, 2016, on the Stanton L. Young Walk at the University of Oklahoma Health Sciences Center in Oklahoma City. As a student on the campus years earlier, Whitney had fallen in love with the fountain and gardens, and she knew that was where she wanted to get married. Family and friends gathered and jazz guitar played as Whitney walked down the aisle in her Hayley Paige gown. After the couple exchanged vows they had written themselves, the clock tower played “The Wedding March” during the recessional.

The celebration began with a champagne hour and hors d’oeuvres among the beautiful garden foliage as the sun was setting, and continued with dinner on the library patio. Whitney and Walter were seated at a sweetheart table where guests came by throughout the evening to give their congratulations. After dinner, the couple had their first dance – a waltz they had practiced for months – to Chris Stapleton’s “More of You.” Guests were then transported to the Ambassador Hotel for an after party. The couple and guests danced the night away.

The couple enjoyed a wonderful honeymoon in Hawaii. 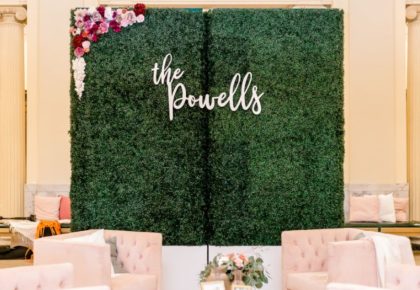 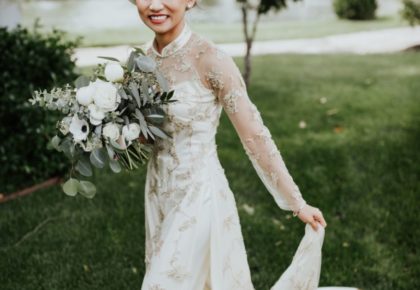 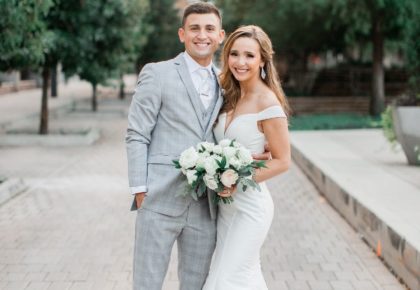 This Bride Surprised Her Groom With the "Something Sweet"