Brooke Sara Burns and Juan Elias Paredes met through family friends several years ago. Brooke made the move from Seattle to Oklahoma several months after they met and the two have been inseparable ever since.

Juan and Brooke enjoy working out together, traveling, paddle boarding, trying new restaurants, and spending time with Juan’s 8-year-old son, Kingston. The trio traveled to Seattle for Christmas where Brooke received the best gift of all. Two days after Christmas, Juan got down on one knee near one of Brooke’s favorite places, the famous Pike Place Market, and asked her to marry him. The couple enjoyed the last few days in Seattle as an engaged couple, anxiously waiting to begin the wedding planning!

The couple’s wedding day, September 12, 2015, quickly arrived. The pair opted to have their wedding and reception on the scenic rooftop of Plenty Mercantile in Oklahoma City. The wedding had unique touches reminiscent of the couple including mason jars with miniature chalkboards and heart-shaped sparklers for their exit. The guestbook was a shadowbox holding engagement photos alongside wooden hearts.

As the ceremony began, Juan and Kingston stood with the couple’s officiant in anticipation of the bride. Brooke, accompanied by her father down the aisle, stunned her future husband and guests in a gorgeous Hayley Paige gown. As soon as Brooke and Juan met eyes at the altar, they became overwhelmed with emotions of love and excitement. The ceremony was just how they envisioned it – a celebration of the genuine love the couple have for each other. The newlyweds and guests enjoyed Big Truck Tacos during the reception as well as an open bar with homemade sangria crafted by the mother of the bride. The beautiful evening was filled with music, games and mingling with guests.

The couple spent a few days at Miranda Lambert’s boutique bed and breakfast, The Ladysmith, in Tishomingo, Oklahoma, before returning home to Moore where they currently reside.

featured in this post
Brides of Oklahoma
bartending service 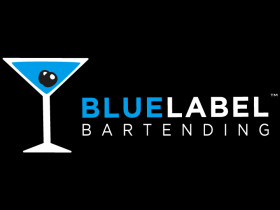 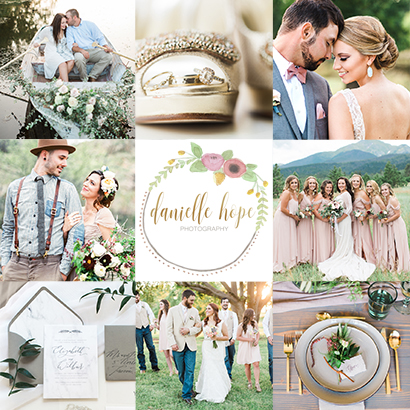 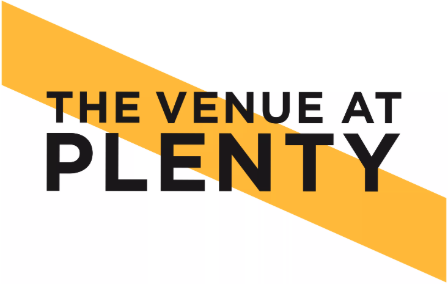 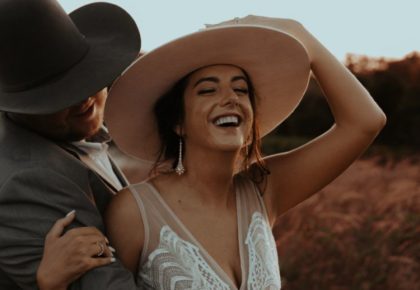