Rachael and Isaac grew up attending the same church, but were never really close friends. In 2012, they both began attending the same technical school and ran into each other on their third day of classes. Finding themselves completely head over heels for each other, the two spent every day talking after school. For Rachael’s 21st birthday, they went camping in the Wichita Mountains. After dinner one night, the couple was standing next to the fire when Isaac got down on his knee. Isaac asked Rachael to be his wife with an heirloom ring passed down to him from his beloved grandmother. The entire night was absolutely perfect!

Escorted by her father, Rachael walked down the aisle on September 6, 2015. Rachael wore a Galina gown by David’s Bridal with elegant illusion cap sleeves, an illusion neckline and a beautiful full tulle skirt. Impressively, Rachael hand-made her bouquet along with her bridesmaids’ with gorgeous, fresh flowers tied with a dusty blue ribbon. She also baked the couple’s wedding cake that terrifyingly fell apart on the morning of the wedding. Thankfully, she was able to fix the cake without anyone noticing the damage!

Rachael and Isaac’s favorite part of their wedding was their first dance to “Better Together” by Jack Johnson. The couple felt pure happiness as they realized they were finally married. The couple honeymooned in Destin, Florida, and currently resides in Tulsa, where Rachael works as a nanny and Isaac in sales. 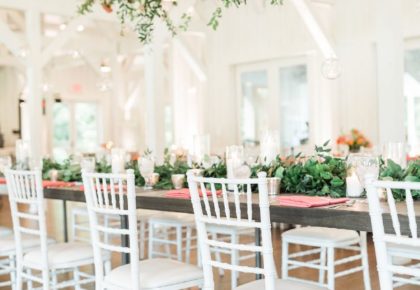 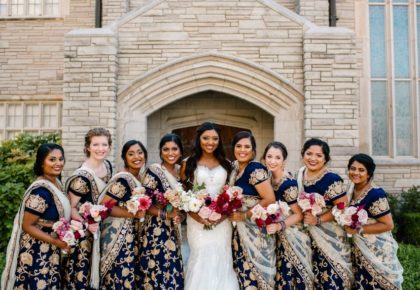