Olivia and Ryan opted for a destination wedding in the stunning Oklahoma prairie. Inspired by the tall grasses, hay bales and Oklahoma skies, Forever Cole Events helped create and coordinate the perfect prairie chic look for this duo! Marianne’s Rentals amped up the theme with antique decor. With stunning portraits taken on the salt plains (seriously scroll all the way to see!), this adorable couple pulled together all the beauty of Oklahoma to make the ultimate wedding experience.

Olivia and Ryan met 11 years ago while working at a California surf shop. Despite being completely opposite, there was instant chemistry between them. They worked together for three months before he asked her to go to one of his band’s shows. They hung out after the show and had their first kiss while playing a game of truth or dare. In the coming months, they spent New Year’s Eve together and then four months apart while his band was on tour. When he returned, Ryan told Olivia he loved her as they walked along the beach. They’ve been together ever since.

In August 2014, the pair went to Seattle with her family. When they arrived, the group headed to the boardwalk for photos. When it was time for Olivia and Ryan’s photo, he began saying sweet and loving things to her. Before she knew it, he was down on one knee asking her to marry him and she was speechless.

She was completely overwhelmed with emotion. Everyone hugged, kissed, cried and giggled with joy. The elated travelers celebrated the newly engaged couple with pink champagne! Olivia and Ryan selected a wedding venue in Perry, Oklahoma, because it is a place outside their normal life. Their wedding aesthetic inspiration came from the prairie lands of Oklahoma. They had elements of green representing the tall grasses, shades of beige from hay barrels, and blues and grays for the sky.

Because he is a musician, Ryan wrote Olivia a touching instrumental song as a wedding gift. She surprised him and played the song as she walked down the aisle instead of the original song they had intended to play, which turned out to be a special moment for them. 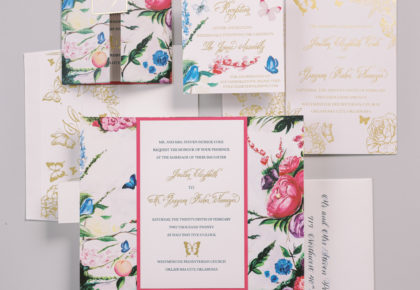 Butterfly Inspired Wedding at The Jones Assembly in OKC 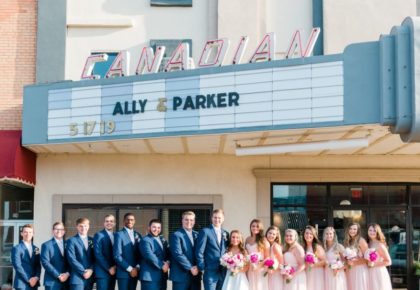 This Bright and Cheery Theater Wedding Includes Fun in Every Element 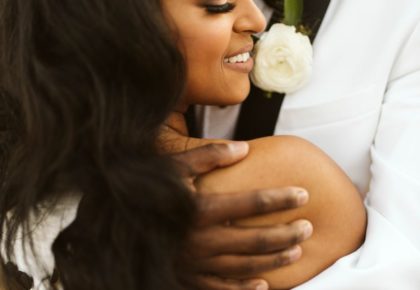 If Your Groom Doesn't Look at You Like This, Leave Him at the Altar!