by Brides of Oklahoma February 10 Oh man, I was oblivious. Jackson and I had some friends coming into town (for the engagement but I had no idea), so I planned a fun dinner for us. Then I found out a few more friends were coming into town, which I thought was to see our other friends, so I added them to our dinner reservations. Little did I know, Jackson was trying to make it a quick dinner in order to propose before sunset! So, he called the restaurant to arrange for it to be a quick meal. What I thought was simply great service was actually four servers working to get us out as soon as possible. Jackson and I had planned to meet his parents at Park House, where we hoped to have the rehearsal dinner, after dinner. As we walked up to the Myriad Gardens he lead us an unusual way while saying he would like to light up the area for rehearsal guests. At this point I thought something might be up but continued on with scoping out the area for the perfect way to light the area. I’m sure Jackson was rolling his eyes that I was actually trying to figure out the light situation. He gently told me to come to where he was and when I turned around it was beyond obvious what was happening. Cue the butterflies! He said, “Emmy, you are the happiest thing in my life and I want you to be for the rest of my life.” Of course I don’t remember him saying that and he’s had to tell me a hundred more times, but the feeling of pure bliss in that moment can never be forgotten. 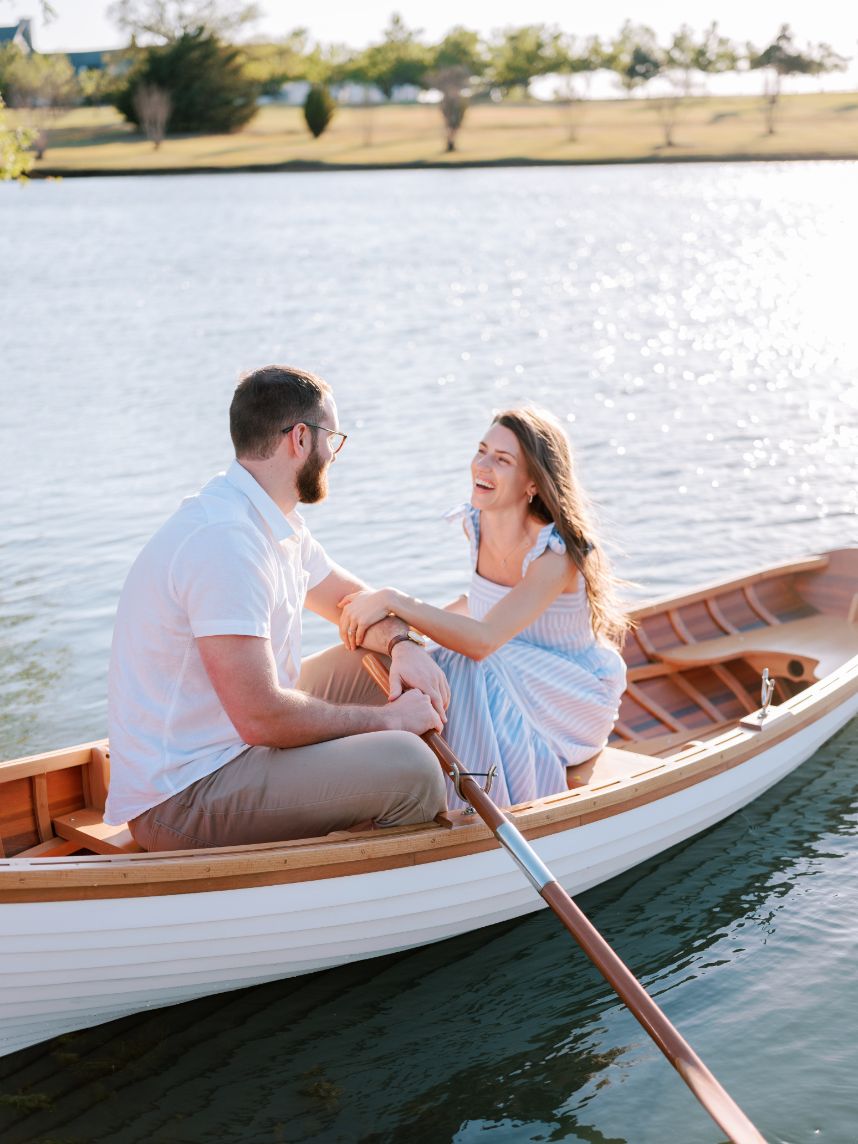