These romantic Oklahoma engagement shots of sweet Natasha and Slavik could have totally been stills from The Notebook! The two first met through mutual friends when Natasha would visit from Iowa. They didn’t actually start talking until a few years later when Natasha moved to Oklahoma with her family and eventually started attending the church Slavik went to. After spending more and more time around each other, they knew there was a spark and were drawn together through many shared interests and similarities. Eventually, Slavik worked up the nerve to ask Natasha out on a date to one of their favorite groups’ concerts. This led to the start of the relationship and they haven’t looked back since! They look so ready to start their forever in this dual-setting engagement session captured by Meg Rose Photography in the Great Salt Plains State Park and a dreamy field scene.

Now married, the two just recently tied the knot in a sophisticated and timeless affair designed by Harper Mae Events with stunning shades of blues next to sage and ivory accents. One of the things Natasha and Slavik were most excited about for the day was getting to see all their lovely details come together with the help of their planner and alongside their dearest friends and family. They incorporated lots of rich tradition into their wedding festivities so we can’t wait to see how sweet it all turns out. Natasha and Slavik even planted a ginkgo tree together as their unity ceremony – how perfect! The two were determined to embrace their season of engagement and enjoy all the little parts that wedding planning entails. We just know they made it everything they ever dreamed of and created so many memories while doing it all! Read on for a note from Natasha on their adorable proposal story and just how Slavik first popped the question. Cheers to the new Gugolkovs! From now-bride Natasha: “During our dating season, we enjoyed traveling and going on adventures together, whether that be hiking, traveling, going on picnics, trying new restaurants, shopping, or trying our hand at new hobbies that we might enjoy. On a Friday night in October, Slavik said that he had a surprise trip planned for us, and we would be leaving that following Monday. Going on a Monday made it that much more special, as Mondays were our favorite day of the week. This gesture did not surprise me, as both of us were always spontaneous, and traveling came up often. However, this trip was different, as I did not know its destination.

Slavik gave me very few details aside from suggesting that I pack light and bring a linen dress he purchased for me a couple of weeks before that. Since this was a one-day trip, our flight left early that Monday morning. When we flew into Atlanta and approached the gate for our connecting flight, is where and where I found out Slavik was flying me out to Savannah. We had talked about marriage in the past, but I had no thoughts that he would be proposing to me that day.

When we arrived in Savannah, Slavik had everything planned for our trip including our car rental, places to visit, and yummy foods to try. A lot of planning went into making that day special and memorable for both of us. The town of Savannah was simply so sweet with its charm and Southern hospitality. In Savannah, Slavik asked me to marry him, and that was the easiest yes!” 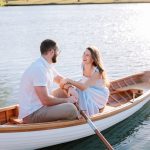 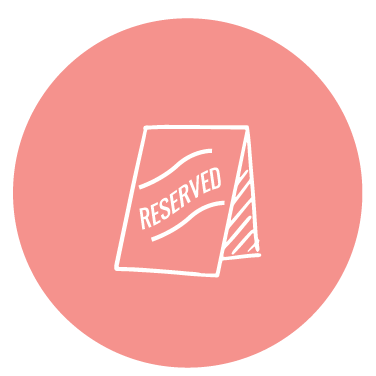 How to Curate a Private Party Right Here in Oklahoma