Winter Wedding at The Hall at The Railhouse | Caitlin + Ben

by Brides of Oklahoma December 9 Caitlin and Ben met at a University of Oklahoma football tailgate. Caitlin spotted Ben, and, in an attempt to catch his attention, loudly described one of her cases being published with the Supreme Court of Oklahoma not knowing Ben was also an attorney. The plan worked, and Ben smoothly introduced himself to Caitlin. The lawyers quickly hit it off.

The next day, Caitlin heard the song “Such Great Heights” by the Postal Service and couldn’t help but think of Ben. A few weeks later, while expressing his feelings to Caitlin, Ben quoted the same song to her stating that she was his corresponding puzzle piece.

While Caitlin and Ben knew they had something very special from the moment they met, it was not until meeting the other’s family that the two knew they would spend the rest of their lives together.

Less than a year after meeting, on a beautiful summer evening, Ben took Caitlin to their favorite restaurant on Lake Hefner and suggested they walk to the lighthouse. He led her to a bench, got down on one knee, reaffirmed that they were corresponding puzzle pieces, and asked her to marry him.

Caitlin and Ben were married on January 23, 2016, at The Hall at The Railhouse in Norman. Caitlin wore a classic ball gown and carried a fragrant bouquet of peonies. Her dad walked her down the aisle to an acoustic arrangement of “Such Great Heights” performed by Officiate Lindsey Hopkins. Surrounded by their closest family and friends, the couple exchanged vows they had written for one another.

After dancing the night away, Caitlin and Ben spent their honeymoon at Secrets Aura Cozumel. Upon their return, they began their life together in Oklahoma City.

Bridesmaids’ Luncheon, Venue | The Hall at the Railhouse Organic Oklahoma Wedding by Aisle Be With You 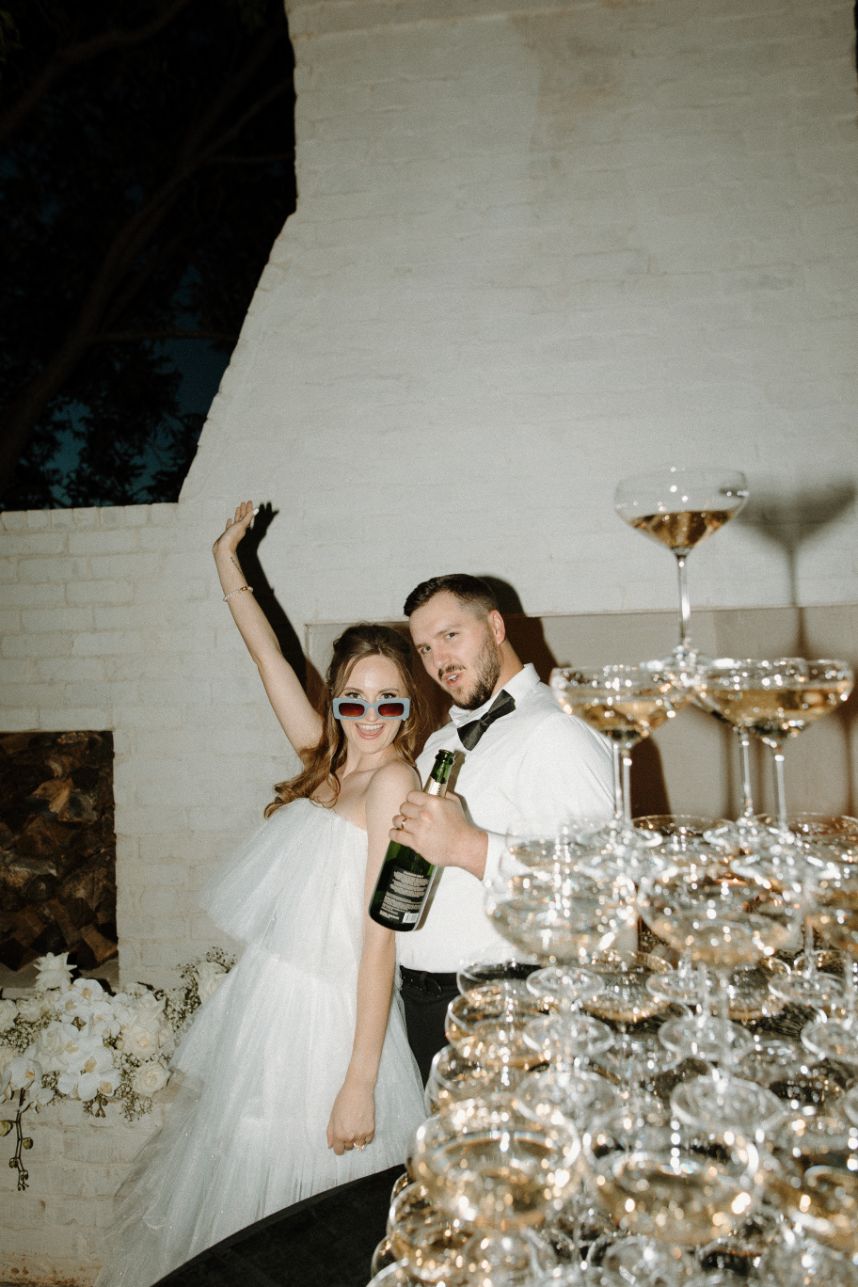