When Megan greeted Kyle during a particularly rowdy night at his restaurant, he ran right past her exclaiming, “I’m looking for my future wife!” At the time, she sold wine to his restaurant, and even though she had an immediate crush on him, Kyle respected their work relationship. A few weeks later and after enjoying a tequila tasting as friends, Kyle caved and asked Megan on their first date.

Three years later, a gal who said she would never get married was sitting next to the man she loved in Central Park listening to Beck crooning “Lost Cause” under the New York City stars. With his arm around her, he whispered, “When we get back to Oklahoma City, let’s go pick out a ring. Let’s get married.” The next day as they walked across the Brooklyn Bridge hand in hand, the giddy couple talked about their future together and their prospective wedding – most importantly, what kind of champagne should be served and what kind of desserts they would have.

Megan and Kyle selected the Trinity River Audubon Center in Dallas as the perfect site for their February wedding, never suspecting that a massive snow and ice storm would shut down Dallas, Oklahoma City and many of the roads between the two cities. Amazingly, almost all of their guests managed to make it to the party, and what a party it was! Guests were treated to a three-course dinner designed by the bride and groom, DJ Lucy Wrubel wowed the guests by spinning amazing tunes and Brown Egg Bakery channeled Momofuku’s Milk Bar with an amazing late night ice cream sundae served in a soup can. Since flexibility became the order of business for the wedding day and time for photos became short, the bride and groom took photographer Aaron Snow and designer Lindsay Gibson’s offer to do a styled bride and groom shoot later in the spring. Shot at the House of Good Taste in Oklahoma City, the photos capture this couple that love the finer things and each other! 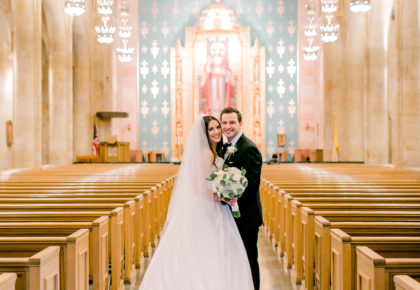 This Intimate Corona Chapel Wedding had the Sweetest Surprise Ending 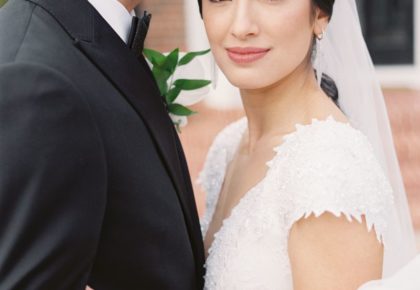 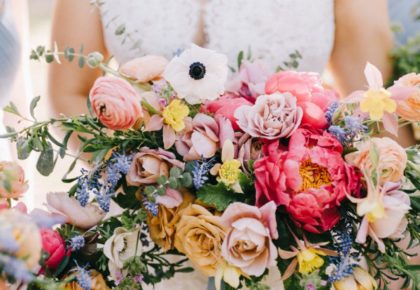