by Brides of Oklahoma June 15 The night Madeline and Ian met ended up being their first date. Ian’s roommate was friends with Madeline and when Ian came home to grab something while she was visiting, she hoped he would stay a while. The group ended up ice skating together later that night, and their crowd dwindled to the two of them. After talking with one another while skating in circles for hours, Ian asked Madeline out to dinner. That dinner built the foundation for a very special relationship between the pair.

After dating for a few years, Madeline was out enjoying a concert with her best friend, Ian’s mother and her best friend. When she got home, Madeline found Ian asleep on the couch. When she woke him up, he went straight to their dresser and was fiddling with something– it turned out to be a ring! He dropped to one knee in their bedroom and asked her to marry him.

The couple began planning their traditional spring wedding at The Springs in Edmond. To add a special touch to her day, Madeline’s bouquet was wrapped with one of her late grandmother’s beloved handkerchiefs. A touching moment during the reception was when the DJ played the song “Shameless” by Garth Brooks, which was Madeline’s parent’s wedding song and one she had listened to often while growing up. She has always respected her parent’s relationship and the song reminds her of that. When the song was played, Madeline and Ian danced alongside her parents and several other couples. There wasn’t a dry eye in the house! 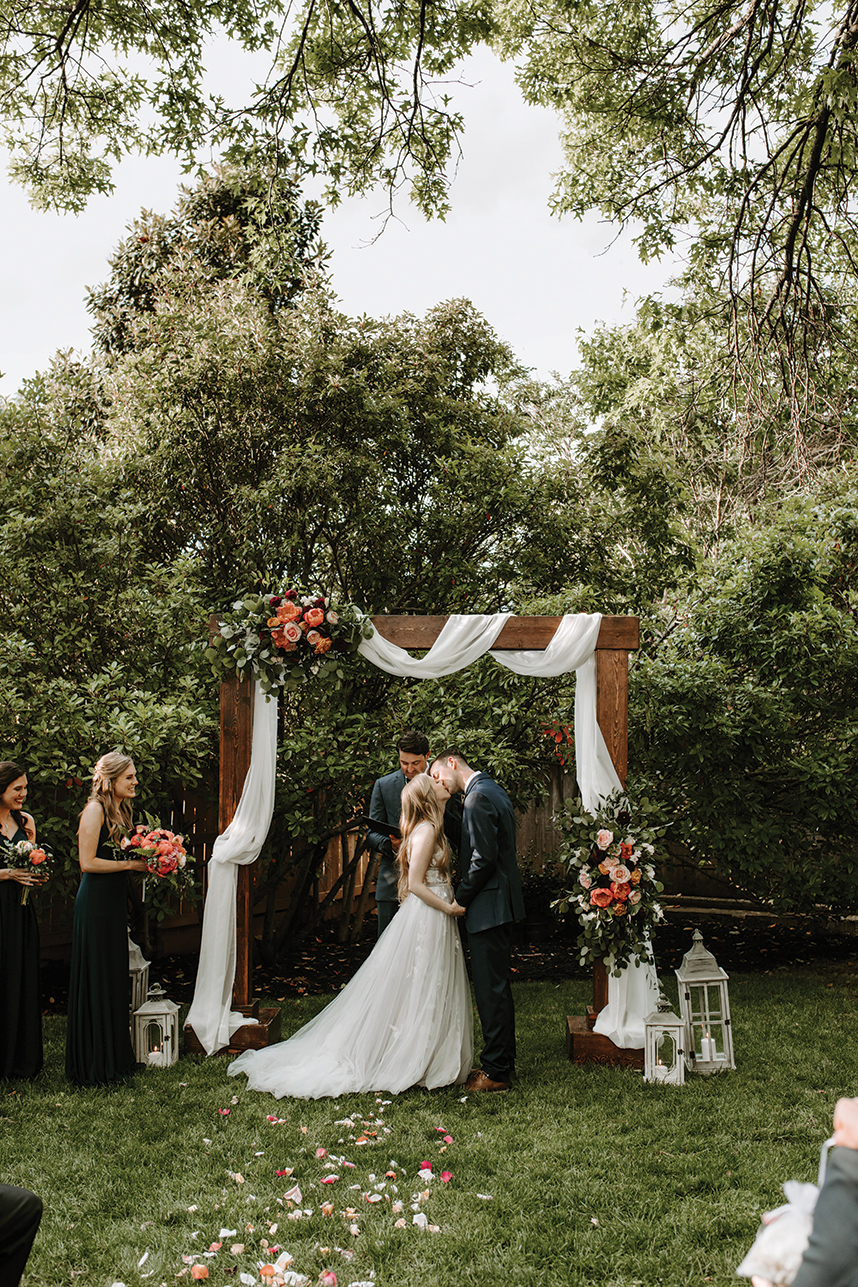 This Disney Loving Couple Wed in a Modern Fairytale Wedding